How We Respond to D/S Breakups

She pointed out that there is not a whole lot written on the topic, and wished there were more. Thus, though I will be sharing some thoughts here, I also ask that if thoughtful resources have been written by others, I would like to know about them and add them to the bottom of this entry.

This blog entry also addresses breakups in general to a degree, and may be a worthwhile read whether in a non-egalitarian, dominant/submissive, or ownership concept dynamic.

We have flown high together, and dived deep. Our spirits soaring out into the cosmos, and journeying into the caverns of our consciousness. We have had trust handed to us or handed it over, changed our lives, reshaped our identities, created possibilities, fulfilled fantasies, bonded profoundly…

And it is over. 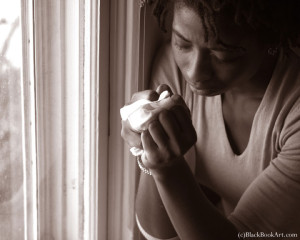 Relationships morph and change. Some end dramatically in an explosion of pain and abuse, emotional or physical. Some have a series of charges go off, each one bringing further and further erosion into the relationship until eventually there is no sturdy place on the hill to climb together. Some fade away, until the opposite of passion is all that is left – apathy. Some realize they are on different paths, and with a sweet kiss and a long deep hug, choose to walk away. Some move onto the next chapter, changing from a romantic connection to a friendship, or from lovers to loving co-parents.

There are some of that are wired to the dramatic cut-off. Let’s delete their phone number from our cell, remove them (and block them) on social media, never talk to them again, and cut off connection with any friends that will not choose between us. Let’s either not talk about them ever again, or only talk about how horrible of a human being they were.

At this end of the reaction spectrum, this can even go back and re-write history. They were always a horrible person. There was never a happy moment between us. I “wasted” this time with them. Nothing good could and ever did come out of ever knowing them.

Yes, there are relationships that end because of abuse that lasted throughout the entirety of a given dynamic. But for many who have this reaction, they have washed over the happy times. Sometimes it is because, when we are in a place of trauma, our perspectives on time and reality can shift. For others, it is because if they remember the good times, it will hurt all the more. It can even lead to a reenactment of the “woulda, coulda, shoulda” game, andjust cutting it all of with blame and anger is better for them than turning that suffering inward.

Others go into active pining or denial. They pick up the collar each morning and put it on their neck, or hold it in their hand. They might pretend that it will all be okay tomorrow. They continue to follow their protocols given to them by their Mistress, dressing in the ways she desired, kneeling when entering their house – because that is how she likes it.

Some people respond in a need for someone new. They might keep their former Girl’s number in their phone, but they go out looking for someone who is opposite to their partner. This, like hunting for a clone, is not about finding a person. It is about finding a story, a cardboard cutout. It does not leave much space to have a full relationship with another human being since he cutout is taking up so much room in the connection being created.

There are those that leave the Kink community, or set aside their desires for any sort of power exchange relationship. If this hurt so much, this ending, they do not want to be hurt again. Or, if it felt so good, they fear that they will never find anything so good again. They commit never to hand over trust to another individual (of that level or any level) again. They don’t want to be a Daddy again whose Girl tells them that they are not lovable.

They might continue to engage in kinky sex or flogging willing play partners, but they will not accept surrender again because they know what that felt like to hold, and don’t want to have it snatched away once more. This is especially tricky when someone’s core identity is based in Slavery, possession, mastery, or some similar system. If one is a Master at their heart, if they set aside mastery entirely, what is left of authentic identity? This is not to say that a Master cannot be a Master without a Slave. It is about the choice to deny, closet, or shut off a segment of self.

Flipping orientation in power can also be a reaction to the ending of a power-based relationship. This might be done out of a desire to try out the other side or it might be a way to escape being hurt in that role again. There are those who do this to give their new Property what they were never given when they were Property. Or they may do it because they have a power dynamic fetish that stands over any desire for a specific role.

Some begin projecting their story about their connection style on others. If their Momma/Boi relationship did not work out, clearly all Momma/Boi relationships are doomed to fail. More than that, they may move into a voice that says that all forms of consensual non-egalitarian expression are clearly a pattern only done by individuals who are weak, manipulative, or are reenacting past traumas. They have moved beyond such things and are now aware that such folly is behind them.

People react in a wide variety of ways to the ending of relationships, and these are only a few. Within those mentioned, the reasons behind it and the extremeness (or nominality) it can take also vary dramatically. And they do not have to be bad things if they do not harm others! It is okay to delete someone’s number from your phone. It is alright to vent to your close friends and leave the Scene (for a while or forever).

It is important to consider, however, whether your behavior is healthy for you in the long run. And? Whether it harms others.

Venting to your close friends about how bad it was and how much you hate them is one thing. When that friend reminds you, a few months later (if you are unable to hear it right away) that the two (or three) of you once had a good time at this play party, to deny yourself having ever had any happiness in your life. The exception mention around abuse applies, but pause and consider whether you truly were never happy, or never had a good, or satisfying moment – depending on the dynamic. Was there ever a time when you got to experience a fair energetic exchange?

Deleting someone’s number is one thing, but making every person you know do the same thing as well as never look at them ever again, even at play parties. Both of these examples are harmful to all parties involved. Not only the individuals who broke up, but their communities as well.

When a breakup happens, it is also important for the community in question to remember that it is not about them. The two producers did not end their relationship just to spite you or cancel your favorite event. They did not ask you to choose sides, or stop going to the Munch that the former Mistress runs. It is not your job to fix anything, tell rumors, or play that “woulda, coulda, shoulda” game.

It does not help for community members to say that maybe they would have been a better D/S dynamic if only the Submissive had actually been more submissive in public. Or to say that it does not surprise you since the Submissive in question is not actually submissive. Community members do not know what someone’s personal life looks like, even if they see those individuals every week at the local party.

Each of us responds to the ends of relationships differently. And when we add the layer of conscious transferal of will to the equation, it can add a different layer to what we are responding to. The world at large might understand the notion of a wife changing her legal last name to match that of a husband, and how that might hurt after a divorce. However, co-workers might not understand how it hurts to have a former Pup start calling you “Steve” instead of “Sir.” They might not understand why, even though we are still lovers, it might be painful that our partner no longer gets down on their knees and literally kisses our boot when they get home.

Because, even if it was agreed upon to change or end our relationship, it still hurts. Or, there are at least emotions around the experience. Some are going to be intense, some will be less so. Some come up immediately, and some will hit like a truck of bricks months later.

Becoming aware of how we respond to the ends of things can help us pause the reaction and consider why it is happening. Consider whether it is a response that is healthy for us in our healing process. Whether it is being harmful to ourselves or others.

It will help us learn and grow, so that we can remember the beauty of how we flew high, dove low, and come out on the other side.

Digging Into Love: Transformation and Foundations