Being based in Anchorage, I have done some work at UAA (University of Alaska in Anchorage) in the past few years guest lecturing on gender and sexuality. This week, I was contacted by a young woman from UAA named Laurie about being interviewed for a project she is working from for school, and I was happy to help. When schedules allow, such projects can be a lot of fun, though I prefer audio discussions in all honesty. Why? Because you get to hear the tone and “understand” questions in the way they were intended. You’ll see what I mean by being unsure of a question’s intent below.

Laurie from UAA: First, let me thank you for your time for me letting me interview you. I have many questions and I ask them with a completely open mind and with the intentions of sharing them with my human sexuality class at UAA. I apologize ahead of time for any inappropriate or ignorant questions, and feel free to not ask answer, or ask that your answers not be shared. Please let me know if any of your answers ring true for many transgenders you know or if you feel your experience is different from those you know.

Lee Harrington, PassionAndSoul.com: A quick piece of information before we begin. In current usage, transgender is an adjective, not a noun. Think of it as “tall.” There are tall people, not “talls.” Thus, there are transgender people, not transgenders, in current English-language vernacular. If a trans person says they are “a transgender,” that is their right. As a writer on the topic though, I thought you might want to know.

Lee: My first boyfriend, who had dated other men, asked if I might be a boy. I was 13. It clicked, and I went, yes, that might be what was going on. I talked to my mother who lovingly said she loved me, and if I wanted to talk to a therapist about it, I could, and she’d call me whatever I wanted to be called when at home. 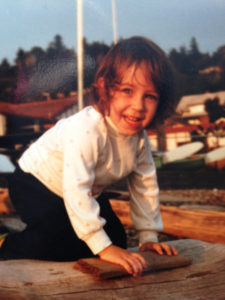 Playing on the beach as a gender-neutral child

Laurie: Did your young childhood have strict gender roles expected of you? Did you ever play with “girl toys” or dress up in woman’s clothes as a young child?

Lee: Both of my parents actively invited me to explore any activities I wanted to play with. I had a Barbie and toy trucks, built model rockets and a bright yellow dress. I was on chess team, climbed trees, and dressed as Rainbow Brite for Halloween.

Laurie: What did your path look like to your understanding that you are a transgender woman?

At 16 I was turned down for hormones due to being attracted to men as well as women, as well as for still enjoying wearing women’s clothing and not hating my genitals. I made a decision that if I could not be the man I thought I was, I would dive deeply into what it might look like to be a woman. I grew my hair out long, dressed highly feminine, embraced being a woman, and even enjoyed a period of time working as an adult actress. 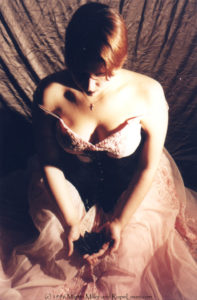 If I couldn’t be a guy, I decided I’d be a Femme woman.

Along that path it gave me permission to explore sexually and gender-wise, and I decided to shave my head in my early twenties, as part of my self-concept of being in periods of identifying androgynous, and at other points, bi-gender. At the time I used the term two-spirit, but I came to understand that that term belongs to first-nations people, and as a white person was claiming a term that I did not have the right to.

Having a 38DD chest though made other people see me as a shifting gender could not happen. On my 26th birthday, I decided that I wanted to have chest surgery. That led to deeper self-examination and a decision that I would also begin hormones, and change my legal gender. That was over a decade ago.

Laurie: Were you bullied as a child for being different?

Lee: As a fat kid, and a smart kid, absolutely. As a homeless teen for a bit, yes. But not around gender specifically as a kid, beyond comments like “are those two boys holding hands,” which his homophobic, not transphobic.

Laurie: At anytime were you told, by medical professionals, that you have a mental illness? (Whether true or not) If so, was this a result of dealing with the stigma and ignorance surrounding transgenders?

Lee: I was turned down for transition as a teen because I was not heterosexual. However, as an adult, I have been told time and time again that either I am crazy, or that I am supporting mental illness in youth by posting about gender issues. They are a sliver of people out there, but that does not mean it doesn’t hurt, and in some cases, isn’t scary. 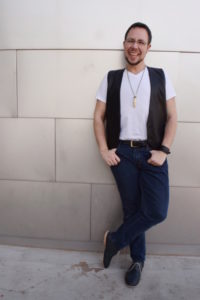 Laurie: Was addiction or drug use or self-harming apart of your story?

Lee: Yes. My drinking and drugs went up as a teen when my request for transition was turned down, and was a major issue through late high school and college. Self-harm was part of that journey as well, but unlike other addiction issues, still comes up from time to time.

Laurie: You have lived as a man for how long?

Laurie: Is your family supportive?

Lee: My mother was very supportive of my journey, no matter what path it took. My father’s side of the family did not understand, as they are deeply Catholic. I explained it to them that if a person believes that there is an infallible and all-knowing divine, that divine does not make mistakes. My journey gives me the blessing of having lived as a woman and a man, and I get to be a translator between genders, show the world from different perspectives. They don’t necessarily understand, but they have found a lot of peace around it all, and no longer speak negatively about trans people – even when I’m not there from what I hear. 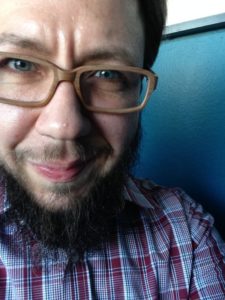 I experience “passing” privilege as a trans man – no one on the street would guess my history.

Laurie: If anyone wanted to know more about gender identity, what is a good local resource?

Lee: I have a free website called TraversingGender.com that has resources for transgender people as well as their allies, families, teachers, and medical professionals. The wonderful people at Identity in downtown Anchorage have transgender support groups, resources for family members, and a network of local support tools.

Laurie: What do you personally think about the “bathroom bills”? Have you ever been given trouble while trying to use the bathroom?

Lee: Trans men experience privilege in the fact that few men in men’s rooms look up or care to see who is there. If you keep your eyes low and head to a stall, no one says anything – I know women at sports games do it all the time. I care about these bills not for my own personal needs, because I experience trans masculine, passing, white, heterosexual-appearing, and middle-class privilege. I care because there are trans women and girls, especially those who do not get seen at all times in their gender of experience, are people of color, are queer, or are homeless who need to be stood up for.

Anyway, if these laws are about keeping “perverts” out of women’s rooms… there are already laws on the books against abusers or peeping toms. These are clearly uninformed transphobia and homophobia.

Laurie: What are the daily things you have to deal with?

Lee: Editing my own past to keep it gender neutral when telling my tales. Making sure I don’t “walk too girly” when in all-male spaces. Dropping my voice on the phone so I don’t get “she’d.” But most of the time, I truly appreciate the privilege I hold compared to other trans people. 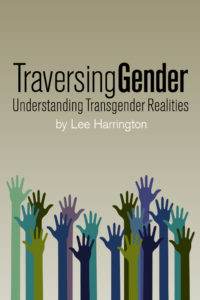 Laurie: How can we want to be supportive of transgender rights?

Lee: Do you mean how can we be more supportive of transgender rights? Here are some places to add support:

And if someone is trans? They can still become a better ally to trans people of color, trans immigrants, gender non-conforming or agender people, trans people with children, trans youth, trans elders…  reach out and help us change the world.