Home News & Appearances The SAVE Act, and why it affects the sex-positive communities

The SAVE Act, and why it affects the sex-positive communities

Have you taken a peek at the SAVE act that is working it’s way through the congress in the US right now?
https://cdt.org/insight/save-act-would-chill-online-speech-and-innovation/
https://www.aclu.org/blog/free-speech/anti-backpagecom-bill-will-shut-down-free-speech
http://www.scribd.com/doc/211619502/Stop-Advertising-Victims-of-Exploitation-SAVE-Act 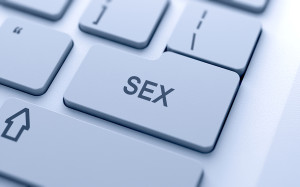 It is well intended in some ways, stating that it is there to help stop child sex trafficking. However, it could affect Fetlife and other such self-posting adult-oriented sites as it makes the hosts potentially liable for 3rd party posting of images and content. That means that if so-and-so turns out to be 16, and were using these site to troll for clients, the website owners could be fined not only for the images they posted, but each “advertisement” etc, under the potential guise of “adult advertising” and “reckless disregard”. No one is allowed on these sites are legally allowed to trade sex for money, but the SAVE Act includes “a good or service for money, property, or another item of value, including another good or service”. Thus, that includes submissive-identified people asking to give their sexual services in exchange for housing… something I have seen sought after on Fetlife for example.

Their counter-proposal for random allowing of 3rd-party posting of material? That Fetlife.com would have to follow the information needed currently for the 2257 legislation. That means that John Baku and his crew (in the case of Fetlife) would need to obtain, and have accessible to authorities who want it (20hrs a week), legal proof of age documentation for every person who ever posts images on the site. You can see how that might be not only an issue, but would likely close down Fetlife as no one would want to do it for fear of outing, etc.

For those who don’t know about the current 2257 laws, here’s a peek at the info:
http://en.wikipedia.org/wiki/Child_Protection_and_Obscenity_Enforcement_Act

2257 was also supposedly for child protection. But what it has done is require that all adult images, of any sort, including topless pics, have proof that the model is over 18. Okay, fair enough. That that proof be available for investigators… 20 hours a week, with the address listed on the website where the images are based. This becomes a problem for small-production and single-model sites, who must now list a location they are at 20 hours a week. Thus, in many cases, their home address. Hello stalkers.

The 2257 act *technically* makes every naked image or video you are currently posting online of your partner, lover, or consenting friend to be an illegal act. Technically. Why? Because unless you had them sign a model release form with the specific 2257 language included, and have a copy of their ID available, you are breaking the law.

The Stop Advertising Victims of Exploitation (SAVE) Act has some worthwhile material, like establishing funds for those exploited who are under the age of 18, getting them into job programs (rather than being denied them due to history of sex work), and stopping the current behavior of trying 14 year olds who were smuggled into the country as perpetrators, rather than as the victims they are. Fantastic. In fact, I am all for people who were actually being sex trafficked no longer being treated as criminals. Having this part of the bill stay would be fantastic. Let’s not make victims into criminals and villains any more.

However, the line on what is encouraging child pornography and sex trafficking is incredibly fuzzy in this law… and it takes down the opportunity for legal sex work to advertise (Nevada for example, or most forms of professional domination and submission), while further forcing sex-positive communities to crack down on anyone who looks under 18. Or… have Fetlife/LifeOnTheSwingset/etc to keep all of our IDs.

This act was not written to take down child trafficking. It has been stated outright that it was written to take down BackPage.com, and sites like it that advertise any sort of sex connection and sex work:
http://www.kirk.senate.gov/?p=press_release&id=1021
Any that slippery slope of sexual expression rights is pretty darn slippery in this case.

Contact your senator and let them know about the flaws in this legislation.
http://www.house.gov/representatives/find/

Let’s have them get legislation through that lets sex-trafficked people no longer be criminalized while they are the victims… but not criminalize our sex-positive and sexually-expressive communities.