The book is on transgender journeys and concepts. If I yell too loud, people who need to hear might not even pick up the book or want to dialogue on the issues therein. If I don’t include blunt and pointed criticisms of the oppression present in some transgender realities, people will declare me to be white-washing and sweeping my brothers and sisters under the rug. I am struggling.

I am trying desperately, one key-stroke at a time, to make it better. I am breathing in with hope, trying not to breathe in what I believe will likely be a response I might get in doing this work. 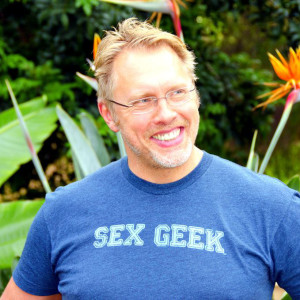 The dialogue road is how my brain thinks of the work of sex educator Reid Mahalko. He has a class called “How to Catch a Hot Bi Babe.” Taught by a man, this sounds truly misogynistic, and thus I wanted to go just to find out how Reid, a man I experience as being a pretty cool gent, could do a class like this.

The room was mostly full of men who wanted a hot bi babe, and folks like myself who were prepared on one level or another to protest. Reid was sitting up front with two women who met different media standards of what was beautiful. He started up the class with some jokes, and proceeded, over the next hour and a half, to talk about being respectful, honoring personal space, asking women about their own lives and desires. He engaged with compassion with everyone, and at the end of the day taught a class on respecting boundaries, understand autonomy, building connections, and how to not be a douche-canoe.

Now, if he had done a class called “How to Respect Boundaries, Understand Autonomy, Build Connections, and Not be a Douche-canoe,” know who wouldn’t have shown up? The guys who needed to learn those skills. They would have likely not gone there, and felt like they were being labeled a bad person before they even walked through the door.

I think the yelling of issues from the rooftop is profoundly important. It raises awareness for those of us who are already prepped to hear the information. But for folks who are closed off and feel like they have already made up their minds on an issue, it can shut people down further. Activists get labeled as crazy, degenerate, unstable individuals who are not in touch with reality. It hurts to watch, but I see it happen left, right and center.

A few years ago I was turned onto the notion of Water-Cooler Activism. Someone I know who is not “out” at work about one of his realities, when he overhears prejudicial, oppressive or other bigoted language at the water-cooler has responses that tell people to drop the drama and plants the seeds for becoming someone who might change their stance. If someone is being belligerent about kinky sex, the water-cooler activist might respond “you know what, it’s in their bedroom, it doesn’t affect me, and I think obsessing about their lives is a waste of my time. Can we focus on something more pressing like this issue here at the office?” It de-escalates, plants seeds, and redirects. 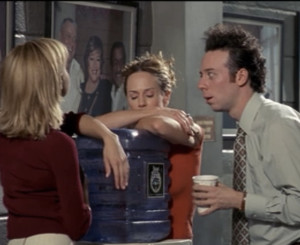 And… we need activists lovingly having dialogue or seed-planting at the water-cooler. At thanksgiving dinner. In the locker room. At the quilting bee. During book club. You can be an activist too, because the dialogue road of activism is one that needs to happen.

Research. Read the posts that those who are passionate are sharing. Do something more than just forwarding a post, though that can be a good first step towards your own activism evolution. Struggle with your own feelings and reflect on them. If it hurts, it probably hit something for you and needs reflected on.

It certainly does for me.

Every one of us can affect change.