Home Journeys of a Passionate Heart Sitting In The Parlor

Sitting In The Parlor

During my recent trip to Bolivia, I found myself in the living room/parlor area of the house we were staying in. It was father’s day, and the man of the house, in his 80s, was being celebrated for being a father and grandfather. Father’s day is a big thing in Bolivia.

The children (18 and under) were in one room, while the women scurried around the kitchen and dining room getting the food on the table. Meats, more meats, more meats, salads, and some more meat. I had spent a month before my trip to gauge up from being a “I rarely eat meat, but am okay with chicken stock” human… and it was still a shock to my system.

Meanwhile, the men sat in the parlor. I don’t speak much Spanish, which made following the discussion on politics a bit tricky, but it wasn’t too bad. Women brought guys refills on their drinks. The men talked.

It was hard to sit in the parlor. 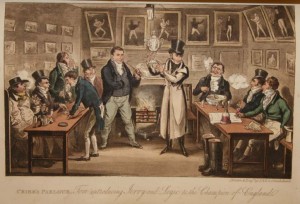 Bolivia lives in the 50s, 70s, and 90s. 50s for the male focused paradigm. 70s for architecture and some of its fashion. 90s for the level of rebellion of the youth, and the fact that it was exciting that Hard Rock Cafe just opened up.

It was hard to sit in the parlor because the women were doing all of the work. I know rationally that this was similar to how I grew up – that the kitchen at family gatherings was the woman’s domain, and men sat around and talked. But it offended me. And… I had no idea what to do. I grew up on the other side of the kitchen doors. I wanted to pick up dishes, move things around. In fact, I wanted to whole team helping out. I wanted to be part of the action… but instead I sat in a circle of men, some of which had no interest in sharing space with each other.

Seeing the man of the hour sitting in his new reclining chair was a delight. He had recently injured his shoulder, and had fallen in love with the recliner they had borrowed from a friend, so his wife and children had teamed up to buy him one of his own. He was on his throne.

For father’s day, I wrote him a poem:

We have heard your laugh and seen the gentle touchKnown words passed down of times long gone, and times to come
By advice and by memory
By green and by page
By bodies healed and hearts echoing a new rhythm
By contemplation, by leadership and by action
You earn the title each day
of sage
wise man
and father
Not just to your children
…but generations to come

He is an amazing man. Doctor. Former politician. Ecological activist. Historian. Author. And so much more. My partner live translated for me, with the man of the hour so honored and shaking my hand. He asked for the original, and has it at his cluttered desk.

It was an honor to share his parlor, but I did not know what to do with myself.

The Saturday before, a semi-surprise birthday party had been thrown for my partner. She was dressed in mint green, and the family had come out to eat salteñas, palm heart salad on oyster shells, quesillo dip, and of course, cake. As my sweetie’s aunt was picking things up, I gathered some plates and brought them back to the kitchen area. Her aunt shook her head and said I did not need to, that men do not need to. I said I was raised by a mother who said that if I have free time, I should help. She said that she would like my mother. However, by the third round, she said no, no I should not be helping. She was okay with my sweetie, the birthday girl, helping. I went back, and stopped helping for then. But I did not know what to do.

My sweetie explained to me that even if only one in five men in the US help with cleaning and cooking (a random number), in Bolivia, it was still more like one in a hundred. If that. That I stood out.

I had spent so much energy toning it down. I did not spike up my hair. I hid most of my tattoos, and wore ear plugs of rose quartz that showed them off far less. My gender, my sexuality, the bulk of my history – all in the closet. When asked what I do, I said I did university guest lecturing and writing about psychology and relationships.

One of the aunts, once removed I believe (but everyone is called aunt or uncle if of the generation above), asked me to talk about a topic of relationships to the table at a different gather. So many gatherings. I shared the idea of love languages, that people show love in different ways. That some buy gifts, and some say sweet words. Some spend time with you, and some touch. And that some do acts of service. They all nodded their head with wide eyes and said yes, it is true. That I shared about how when you start seeing someone, everyone does all of them, but it can fall away. That many men are taught in culture to show love by buying gifts, but women do not do so as much. They were amazed at this and said yes, it was true. And to hear it from a man, a man saying all of this, was very good.

I’m not sure what I would do if I lived in Bolivia. The area we were in was one of the 5 largest cities, and yet, a random stranger at a random place knew the family of my partner. Word gets around. There is no HIPPA, and I saw doctors share details of their cases with the family of that person without permission. Gossip is not bad, it is an art form.

In the parlor, I listened, I sat, I tried to take in what it is that men do while women cook and clean and set out food and talk and laugh. I don’t understand it, and yet, it is the culture I am expected to be part of now. It is not just Bolivia. It is Super Bowl Sunday. It is dinner parties here in the states.

It is culture stating that we are working towards gender equality, but who sets out the salad says otherwise.