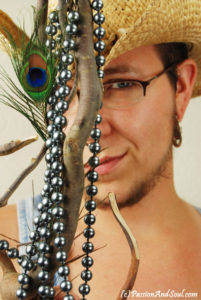 Beginning as a peer sex educator in his teens, and occasionally teaching relationship and kinky sexuality courses from the late nineties through 2003, when Lee transitioned out of the non-profit world into this adventure with uncertainty, followed by excitement. Since then, Lee has had the opportunity to teach in person at universities, sexuality conferences, and within alternate sexuality communities across the United States (in all 50 states), Canada, England, Germany, Ireland, New Zealand and Australia.  He has taught over 900 classes to date (with more being set all the time) ranging in topics from effective speaking skills to erotic authenticity, rope bondage to safer magical sex, gender paradigms to dominant/submissive power exchange within culture at large.

Along the way, he has become known for bringing a combination of playful engagement and thoughtful academic dialogue to a broad audience. Lee believes in providing educational experiences in the interstitial space where adult sexuality, personal integrity and spiritual exploration come together. He has also had the pleasure of being the keynote speaker for two conferences on the topics of inter-community intersections, and meeting the needs of community leaders. As a public educator, he has developed both a cult following and a private clientele base of individuals seeking a sexuality life coach as well as a spirit worker, helping them find and explore the path that is right for them. 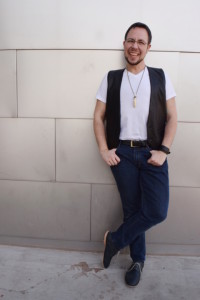 His non-fiction books are:

In addition to his writing and teaching, Lee is the host of the Passion And Soul Podcast that has been running since January 2011, covering topics on the intersection of sacred sex, kink, and life exploration as a multifaceted soul. He has also been an invited guest on numerous other podcasts and radio shows as well, and loves reaching a variety of folks through this fantastic media. His blog, running since 1998, is still a passionate project, having shifted over time as his life has evolved.

When not teaching, touring, blogging, writing, podcasting, or appearing in video, Lee is also a performance artist, shamanic practitioner, and sacred sex ritualist.  He has performed on stage at L’Erotica (Sydney), Femina Potens (San Francisco), New Zealand Fetish Ball (Christchurch), Torture Garden (London), ShibariCon (Chicago), Darkside Club (Berlin), and more. As a spirit worker, shamanic practitioner and ritualist, he has offered private exploration intensives, done individual rites (such as officiating weddings and collaring ceremonies), created unique experiences, and offered professional domination. These all tie into his published and gallery-show work as a photographer, his internationally shown biographical one-performer show “Creature on a Quest,” and his published poetry collection On Starry Thighs: Sacred and Sensual Poetry.

Lee was not planning to end up living the life he has today, but life is full of miraculous twists and turns. Beautiful gifts, he finds, are often wrapped in unexpected packages. We each follow our passion and our soul. He has done that, and hopes to help open up the doorway for people doing that for themselves and the world at large.

For those that want a smile:Lee collects antique keys, bandanas, sacred doodads, and good friends in his spare time between bouts of changing the world.  And know what? You can change the world too.